The Global Energy Architecture Performance Index 2016 benchmarks energy systems of nations from across the world on three fundamental energy goals:

The report provides governments and the private sector with a yardstick to monitor and drive energy transition. Launched in 2013, the 2016 index has evolved to include the latest available energy data from 126 countries on 18 indicators, highlighting strengths as well as areas of potential improvement.

Here is the top 10 list from this year’s report:

1. Switzerland tops the ranking. Despite being quite dependent on energy imports and not benefitting from high energy export revenues, Switzerland’s energy system performs well on most dimensions measured by the index and supports overall economic growth through low energy intensity, a diverse supply mix and diversity of import counterparts.

2. Norway has an energy system characterized by a vast resource endowment generating considerable energy export revenues, and an electricity supply with a high share of low carbon energy. Norway is well integrated with European energy markets.

3. Sweden is the highest performing EU country with a high share of low carbon fuels in its energy mix, and has further increased investments in renewable energy. This is reflected in particularly strong performance across environmental sustainability while the country also performs well on energy access and security.

4. France is the highest performer among the G20 countries – the World’s largest economies. Achieving high scores for environmental sustainability and energy access security compared to many other nations, France is well placed to succeed in further transitioning its energy system to achieve its energy policy targets.

5. Denmark – a country at the global edge of integrating renewable energy production from wind in its electricity system – benefits from a high share of low carbon energy and its central positon at the crossroads of European and Nordic power markets. A good energy intensity score and a well- diversified energy mix are further strong-points of Denmark.

6. Austria scores points on energy access and security with a well-diversified energy mix. The country’s drive towards decarbonisation includes investments in efficiency, renewable energy sources and steep increase of the public funding for energy research, development and demonstration.

7. Spain’s strong performance is due to factors such as high diversity of its fuel mix and import counterparts, as well as low energy intensity of its economy. However, the country has faced some setbacks on its renewables expansion following change in government policy

8. Colombia. As the highest performing non-OECD country in the index, Colombia no doubt benefits from successful energy reforms in recent years as well as significant domestic energy resources. Colombia achieves high scores on energy access and security and economic growth and development. The country also has a high electrification rate compared to many other nations in Latin America

9. New Zealand. Despite its isolated location which complicates energy imports and exports, New Zealand benefits from a diverse energy mix with a high share of low carbon energy in its electricity supply.

10. Uruguay. The second non-OECD country in the global top 10 has notably emerged as the green-power leader in South America. Impressive expansion of renewable energy from, wind, solar, hydropower and biomass has led to renewable energy contributing around 95% of the country’s electricity production and thus boosting its sustainability score. Yet the country also scores well on energy intensity of economic growth and on access to energy for its population.

What does digital mean for the future of energy?
Serbian EPS interested in buying 18.3 percent stake in EPCG 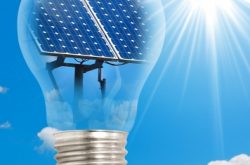 What is ‘energy architecture’?

Source: weforum.org Every year a report by the World Economic Forum shines a light on energy production in a selection of countries around the world. It’s called the Global Energy Architecture Performance Index Report and its aim is to assess the quality of national and global energy architecture. Read more…