Moscow and Tehran have signed a deal, under which Iran will sell crude to Russia in exchange for products, according to Iranian Oil Minister Bijan Zanganeh.

While sanctions against Iran have been lifted, banking restrictions on trade in US dollars remain, making it difficult to sell oil on the open market.

“The deal has been concluded. We are just waiting for the implementation from the Russian side. We have no difficulties; we signed the contract, everything is coordinated between the parties. We are waiting for Russian oil companies to send tankers,” he said, as quoted by Russian news agencies RIA and TASS.

The agreement was initially reached in 2014 when Iran was under Western sanctions over its nuclear program.

Russian traders were to participate in the selling of Iranian oil. In exchange, Iran wanted essential goods and technology from Russia.

Russia and Iran discussed energy, electricity, nuclear energy, gas and oil, as well as cooperation in the field of railways, industry, and agriculture.

When the sanctions against Tehran were lifted in 2016, Russian Energy Minister Aleksandr Novak said the deal was no longer necessary.

However, in March 2017, Novak said it was back on the table with Russia buying 100,000 barrels per day from Iran and selling the country $45 billion worth of goods.

Despite the lifting of sanctions, Tehran is still facing problems in re-connecting Iranian banks with global financial markets.

A February report by the International Monetary Fund said that while Iran has been reconnected to SWIFT, significant challenges prevent Iranian banks fully-reconnecting to global banks still exist mostly due to remaining US sanctions.

“US primary sanctions apply to US financial institutions and companies, including their non-US branches (but not their subsidiaries). Moreover, with very limited exceptions, businesses and individuals related to the US continue to be generally prohibited from dealing with Iran, including with the government,” the IMF said.

“US dollar clearing restrictions have not been lifted and pose a significant challenge for non-US banks who may do business with Iran, but may not be paid in US dollars,” it added.

Government of the Republic of Belarus, vulica Savieckaja, Minsk, Belarus

ST.PETERSBURG, June 16. /TASS/. Russia and Belarus are to agree on the principles of the operation of the single oil and gas market by the end of 2017, Prime Minister of Belarus Andrei Kobyakov. Read more… 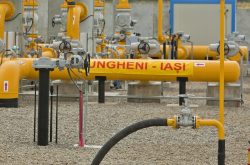 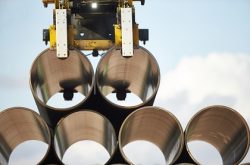 Source: RT Gazprom’s Nord Stream 2 pipeline may get Chinese financing if European companies are forced out of the project by the latest round of US sanctions, business daily Vedomosti reports. Read more Russian officials have already contacted Chinese banks, sources have told the media. Read more… 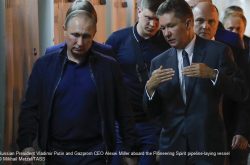 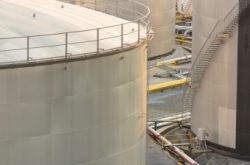 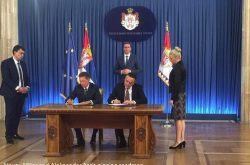