Every year a report by the World Economic Forum shines a light on energy production in a selection of countries around the world. It’s called the Global Energy Architecture Performance Index Report and its aim is to assess the quality of national and global energy architecture.

But what exactly is energy architecture?

It’s a concept that covers a lot, from the slow-moving currents of global governance to the ever-fluctuating stock markets – anything, basically, that determines or influences how the world’s energy is sourced, supplied and managed.

Chief among these influences is the “transition”, in report speak, from fossil fuels to alternative methods of energy production. Several countries are making headway in reducing their dependence on fossil fuels, and renewable sources of power – such as solar, wind, hydro and biomass – are on the rise.

There are other global influences at play: plummeting oil prices, caused in large part by the United States doubling its domestic production, is transforming the battleground of supply and demand. The spread of digital technology, too, appears poised to disrupt energy markets; while rising volatility in dominant regions such as Europe, Russia and the Middle East threatens to undermine international security.

These four factors – the transition to renewables, economic market forces, digital disruption and geopolitical security – can be seen as the foundations upon which energy systems are built and governed. But there’s more to energy architecture than stable foundations.

The price of energy and oil has fallen, mainly because supply has outstripped demand. This means that oil producers are cutting operating costs and investing less in new oil and gas projects, a strategy that threatens to reduce global oil reserves.

This will have consequences. Saudi Arabia, for example, has already delayed payments to government contractors and its public debt has been downgraded. This new economic situation, combined with the change of supply patterns, will have significant implications for geopolitical relationships in the region and beyond.

Renewable energy has come a long way: it is now the dominant technology in the production of electricity. In fact, in only 15 years renewable sources for electricity are expected to outnumber traditional sources by 3 to 1.

The point? Business models are being challenged; energy structures as we know them are evolving. These “transitions” from old energy sources to sustainable ones create a rough and uncharted landscape that will be challenging for energy businesses to come through intact and hard for governments to regulate.

Geopolitical tensions have perhaps the greatest impact on energy security and whether a nation has access to enough energy to satisfy its basic needs.

But international relations change almost daily, with key players coming under pressure as new players emerge. Diplomatic relations between Europe and Russia, for instance, supplier and importer of gas and oil respectively, are fragile. In Europe, a growing refugee crisis threatens the unity of EU member states. Around the world, threats to stability abound, from the economic shock of falling oil prices to the rise of extremism, as ISIS banks $1 million a day from smuggled oil.

Why is energy architecture important?

As energy markets change, it’s up to governments and the international community to take a fresh look at energy security, sustainability and economic viability. What effect will digital transformation have, for example, on the flow of vital electricity into our homes and businesses? If energy is the lifeblood of the global economy, then governments and companies need to stay on the pulse. This means formulating policies that can rise to meet the world’s future energy needs.

How is performance assessed?

The EAPI, developed by the World Economic Forum and global professional services company Accenture, is now in its fourth year. Since it was launched, the index has assessed and compared national energy systems, highlighting topical energy issues and providing guidance on how to make energy transitions more effective. 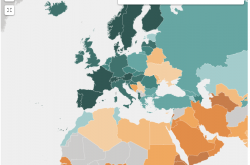 The Global Energy Architecture Performance Index 2016 benchmarks energy systems of nations from across the world on three fundamental energy goals: Economic growth and development – the extent to which a country’s energy architecture adds or detracts from economic growth. Read more… 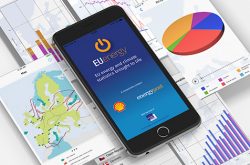